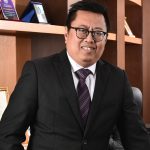 Assoc Prof Dr. Hamdan Dato’ Hj. Mohd Salleh is currently the Deputy Vice Chancellor (Student Development &amp; Community Engagements) Unisel , the Director of Institue of electoral Studies and the Advancement of Democracy (IESAD) and Coordinator for Master of Political Science. He was the Dean of Centre for Foundation and General Studies (CFGS), 2016-2018.

Academically, he holds a PhD in Social Science majoring in Political Opposition
(2014) from Universiti Selangor. He holds a PhD in Social Sciences focusing on the Political Oppositions &amp; Political Management in Malaysia. He also received his Master of Arts in Southeast Asian History from University of Malaya (UM) in 2003 and obtained his Bachelor of Humanities in Political Science from International Islamic University Malaysia (IIUM) in 1998. He also holds a master trainer certificate  for Vision Into Self Improvement (V.I.S.I) training modules.

His 22 years of academic career has produced more than 70 working papers, articles as well as books on subjects related to his interests and passions.

He is also active in volunteer works especially in disability and social works. He is
currently Member of Advisory Council, Majlis Anak Istimewa Selangor (ANIS), the President of Kuala Lumpur Cerebral Palsy Football Association (KL CP Hawks), Senior Fellow of Institute of Dyslexic and Different Abilities Research , the Deputy Chairman of Pinjamkan Dia Sebentar (PDS) and Vice President of Pendidik. Previously he was the Vice Chairman of Majlis Tindakan OKU Negeri Selangor (MTOS), past President of Malaysian Advocates for Cerebral Palsy (MyCP).  Apart from MyCP, he is also the adviser for Gerakan Mahasiswa Fasilitasi OKU (G-FO) and Founder for Voice of the Voiceless. He was also the founder Vice President of the Association of Welfare &amp; Rehabilitation of Selangor (PAKAR),  former Executive Secretary of Malaysian Journalist Club and a member of Malaysian Branch of Royal Asiatic Society (MBRAS) among others.

He also runs his own blog Dunia Mendan and Youtube Channel Dr Dan which looks at the politics, disability facilitation, history and socials of Malaysia from an
alternative, non-partisan angle and which attempts to demonstrate the importance of the roles of new politics in Malaysia. Dr Hamdan has also appeared as analyst to discuss topics such as politics and Cerebral Palsy in electronic medias such as Astro Oasis, TV Sinar , TV3, TV8, TV al-Hijrah, TV Selangor, TV9 etc. His other interest is as a trained Master of Ceremony for various functions which includes functions at the highest level.  He is a trained moderator which includes talks which involves personalities such as Dr Soo Wincci, Man Raja Lawak, Lando Zawawi, Chacha Maembong, Zarina Zainuddin among others. Recentlly, Dr Hamdan is also a regular political analyst for Astro Awani, Bernama TV dan TV Sinar. As of December 2020, he has already appeared more than 200 times in all medias.